Who will be our 15th CIO of the Year?
And who will win an award for the Digital/ICT Project of the Year?
Discover it on December 1st .

These are the nominees: 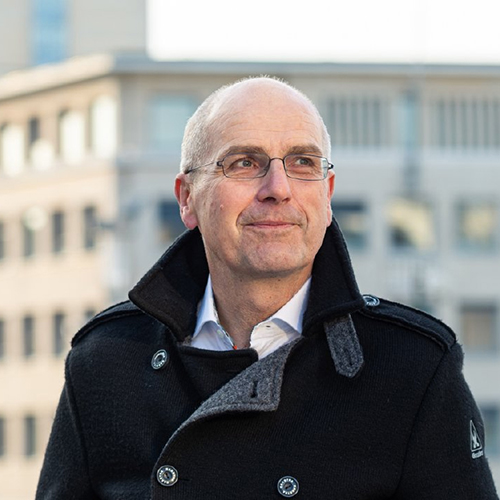 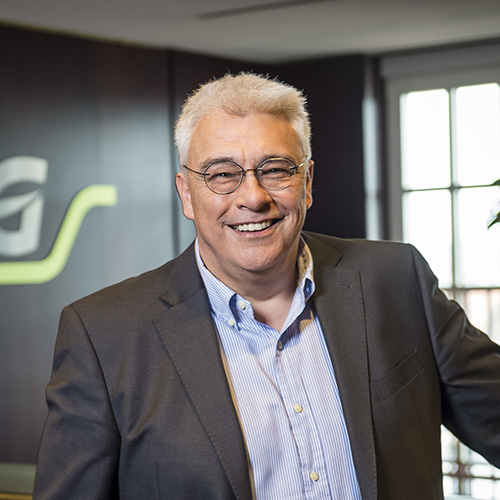 CIOs who spend more than 10 or more than 20 with the same employer: they are in the minority. Chris Borremans, general manager of Komatsu's European IT organization and CIO of Komatsu Europe is doing even better. For more than 31 (!) years, Borremans has been working for Komatsu Europe: initially as ICT Infrastructure Manager - a job he held for more than ten years - and later as General Manager European IT (almost 22 years in the meantime). Since 2003, Borremans has been the CIO of Komatsu Europe International. Before his time at Komatsu, Chris Borremans worked for one other employer: Pauwels Trafo Belgium where he was a systems analyst for about ten
Komatsu Europe International is the European and Vilvoorde-based headquarters of the Komatsu Group, based in Tokyo, Japan. Komatsu is a leading manufacturer and supplier of equipment, technologies and services for the construction, forklift, mining, industrial and forestry industries. For more than a century, Komatsu machines and services have been used by companies worldwide to develop modern infrastructure, extract minerals, maintain forests, and create technology and consumer products. The company's global service and distribution networks harness the power of data and technology to improve safety, productivity and optimize performance.

Chris Borremans specializes in consolidation, simplification and cost reduction like no other. He is a CIO who continuously focuses on accelerating and automating the group's business processes. But at the same time, he always considers the pros and cons of new, emerging technology before embracing it decisively. Over all these years, he did see the emergence of new technology and applied it within Komatsu when there was a real need to. For example, all of the manufacturer's construction machines are tracked via sensors: the location, but equally whether the oil is still at the right level or even exactly who is in it. That data should then enrich yards with valuable data and even automate them (in part) where possible. But Komatsu is betting equally well on drones to generate 3D images and on software. The underlying idea? Ensuring that customers can use rich data to determine how, how much and to where to have their machines excavate soil, for example. And yes, that obviously involves a lot of cyber security, including its own Security Operations Center (SOC) that watches over security around the clock. Or as Chris Borremans summarizes it: quality prevails over cost, but cybersecurity is even more important.

Philippe Van Belle's personal mission? Making people happy, connecting the dots, and ultimately achieving more through the use of technology. That is what he has been doing for almost 14 years now at insurer AG Insurance as CIO and since April last year as Chief Information & Technology Officer. Philippe Van Belle sees IT as a long-term process, with strong people and a well-defined architecture as important levers.
The large-scale 'replatforming' program of the past 3 to 4 years is the proverbial icing on the cake and is within AG the largest technological transformation program of the past 30 years. The technological foundations of AG Insurance have been thoroughly addressed over the past four years, with the last three years entirely devoted to the massive migration from the good-old mainframe to Windows servers with the necessary APIs and a very competitive TCO. More than 80 million lines of code - some 100 terabytes of data! - were converted to new infrastructure that now supports more than 14 million transactions and 50,000 batches ... per day. A hitherto fairly unseen feat in our country, of which Philippe Van Belle is particularly proud: not least also of his teams that brought the work to a successful conclusion. Now that the replatforming is behind him, Philippe Van Belle can start the next step: rolling out future-proof technology and completely transforming the existing business. The combination of the new platform with a new data analytics platform in the cloud already looks very promising. AG Insurance will thus become a data-driven organization with the smallest possible gap between data analytics and operational data. All in all, more than enough arguments to give Philippe Van Belle a place in the top three: also because Covid-19 hardly caused any delays.
The new foundations provide significant annual cost savings and also keep future costs under control: for example, additional capacity is only deployed when the acceleration of digitization and additional use of data require it. In this way, CIO Philippe Van Belle hopes to meet the expectations of increasingly digital customers.

The 47-year-old Nicolas Van Kerschaver has been with Liantis since 2000: the merger group formed in 2018 with ADMB, Provikmo and Zenito. Initially as a consultant, later as financial and commercial director and project manager before finally becoming CIO there. Today he is responsible for 270 employees in the Solution/IT department of Liantis: the integrated hr services group with some 1,900 employees and with more than 220,000 independent entrepreneurs and 67,500 employers among its clients. This year, this will result in a turnover well in excess of 200 million euros.
During this unification, Nicolas Van Kerschaver ensured that three different IT cultures, platforms and systems became one, with My Liantis as the digital flagship to customers: the platform where entrepreneurs, employers and more and more of their employees find their digital tools. With this mega-project, Nicolas Van Kerschaver brought the bulk of Liantis to the cloud, going into co-development with Microsoft. That good foundation was necessary to build a strong digital platform.
Under Nicolas' leadership, Liantis was transformed from a classic IT organization to a product development organization. Digital product management ensures that not only the output but also the outcome of the digital initiatives was dramatically increased: a lean development approach for new solutions (based on the SAFe methodology, or scaled agile framework for enterprises). The time to market of digital solutions was thus reduced by 40%, allowing customers to see the My Liantis digital platform expand with new applications and capabilities almost daily. For example, this has allowed Liantis to keep up with rapidly changing regulations to support the self-employed and enterprises in the storm of the corona pandemic. Nicolas Van Kerschaver has helped shape Liantis digitally and is working on the future of the solutions so that they can support entrepreneurs even better. Because that is what drives him: allowing entrepreneurs to do business.

ICT / Digital Project of the Year >>

Do you have an innovative and successful ICT project? Did you manage to pull off an ambitious digital transformation inside the company or within your department? Do you feel your digital project truly excels and/or accelerates the business goals? Then you might have a chance to win one of our prestigious ICT / Digital Project of the Year awards.

WANT TO MEET THE NOMINEES? >>

CIO OF THE YEAR

Who will be the successor to Elke Laeremans, CIO/COO Torfs, as ‘CIO of the Year’? Who do you think deserves the title CIO of the Year 2022? The voting list will be determined by the editorial staff of Data News and will be published on October 3rd 2022. The voting is open until October 30th at midnight.

The names, included on the list, are our current top 3 of the CIO’s active in our country or Belgians working abroad. They have proven that the job of CIO is one of the most exciting, challenging and important functions in the business world today. Thanks to their visionary approach, they have been successful at using ICT tools for the benefit of operational management. These CIO’s have, in the course of their careers, demonstrated strategic vision, leadership, personality and the capacity to contribute to an organization’s business strategy.

The winner of the award ‘CIO of the Year 2022’ will be chosen by a professional jury of specialists and by the readers of Data News (online voting).

Do you have any questions or do you want to suggest one or more CIO’s for the voting list?

ICT / DIGITAL PROJECT OF THE YEAR

The ICT / Digital Project of the Year 2022 contest rewards ICT projects and digital projects which have been successfully completed and which are innovative both in the use of technology and in the business approach. The contest is open to both private and public sector and to both large and small or medium sized organizations.

The emphasis is on ‘innovation’; projects that have achieved real added value for a company or organization thanks to clever use of digital technology. Technological innovation is important, but the impact on the business also plays a very important role.

The size of the company or the scope of the project is not important. Clever, innovative, smaller applications have just as much chance of winning as large and expensive projects. You just need to be able to demonstrate that the innovative ICT Project has given the business a real boost or added value!

Are you an ICT manager or project manager and did you successfully complete an innovative digital project over the last year (or part of a project running over several years)? Then make sure to take part in the ‘Digital Project of the Year 2022’ contest!

Please fully complete the registration form as this information will be used by the jury to make a preliminary selection of all applications. Also of note:  the deadline for submitting your file is the October 30th. A professional and academic jury will decide upon the final winners.

APPLY NOW AND PRESENT YOUR PROJECT

Want to get inspired?

The specialist jury includes representatives from the academic world, the business world and the editorial team.

CIO of the Year

The winner in the CIO of the Year category will be decided by the jury, as well as by the readers of Data News (online voting).

Digital Project of the Year

The professional & academic jury will decide upon the final winners.

Want to get inspired?

With the kind collaboration

CIO of the Year 2022 – Rules of participation - Cookie Settings